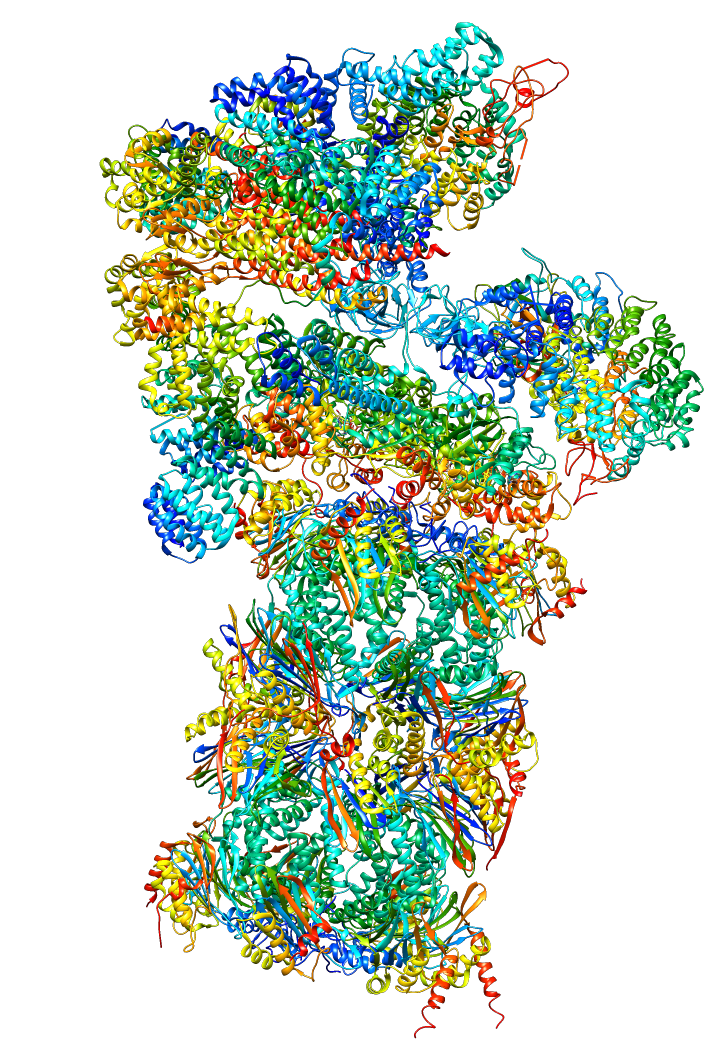 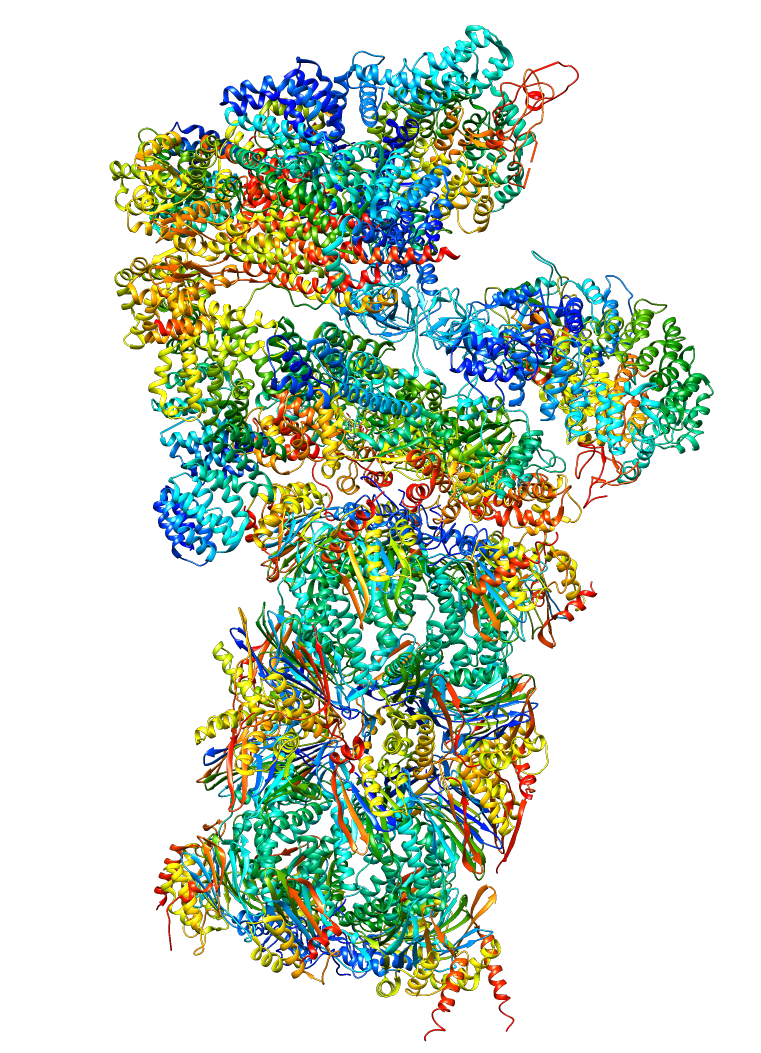 Breaking down the science so you don't have to. Come for the science, stay for the memes 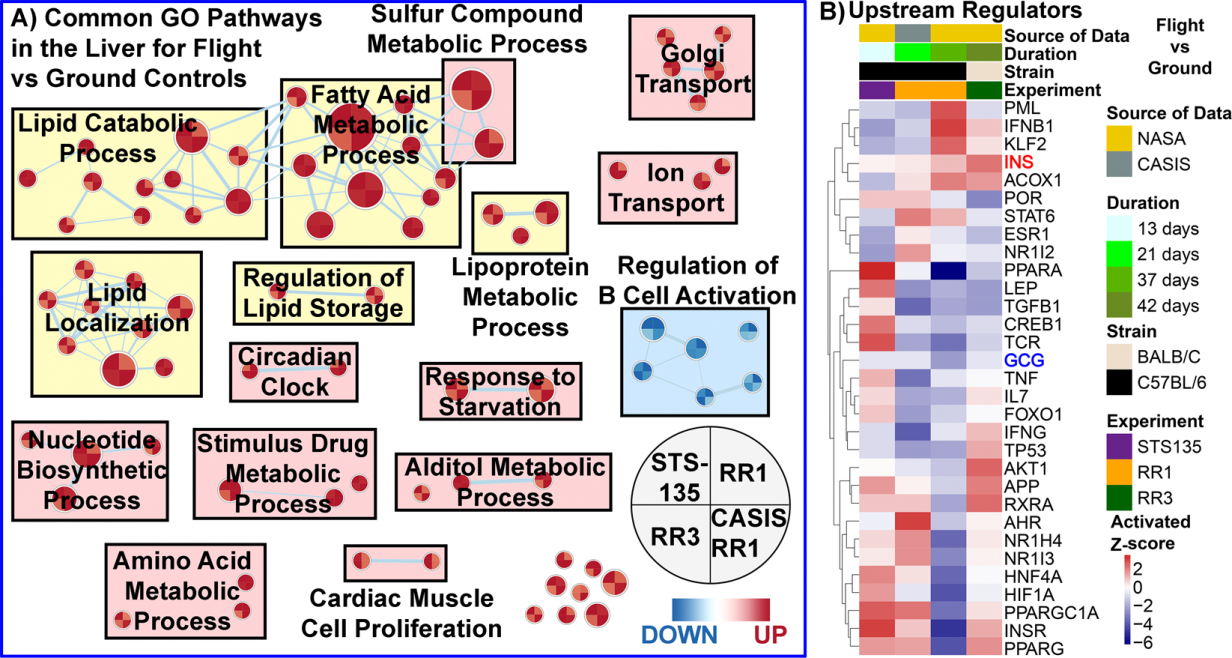 Life on Earth is the achievement of 4.5 billion years of selective pressure and responsive fine-tuning. Evolution demands survival of the fittest, that is, such individuals best adapted to their environment will outcompete less viable contenders and live long enough to pass down their genes through successive generations. Like all other life on Earth, we Humans have only ever experienced the environmental rigors of our biosphere, and therefore have never weathered the ambient stressors that would drive adaptations suitable for life beyond the confines of the Earth. Mammalian adaptation to earthly amenities such as gravity, a protective atmosphere and 24-hour circadian rhythm, constitute the potential for a variety of metabolic and physiological dysregulations in the absence of such conditions.1

It is hypothesized that the pathologies experienced by astronauts may be attributed to a wide array of metabolic and physiological perturbations, that are of direct consequence from prolonged trips to space. Previous studies have characterized a variety of metabolic and physiological abnormalities in mice and humans, including immune system dysregulation2, insulin suppression3, muscle atrophy4 and abnormal stem cell differentiation5, however, the extent of such disruptions in the liver are under-explored, and only recently have attempts been made to link astronaut experienced pathologies to the effects of space flight on mammalian metabolism through biochemical approaches.

The liver is considered the most metabolically active organ in the body, thus, it is a seductive target for understanding a wide range of metabolic processes and the effects that microgravity, ionizing radiation, and disruption of circadian rhythm may have on metabolism.7,8 A previous study found that mice flown on the ISS for a duration of only thirteen days had significant accumulations of hepatic lipid droplets, the buildup of abnormal triglycerides in the liver, which correlated with liver damage and activation of peroxisome proliferator-activated receptor alpha (PPARα), a molecular regulator of fatty acid transport and beta-oxidation.6 These findings suggest that even short-term space expedition have detrimental effects on mammalian physiology, specifically through dysregulation of lipid metabolism in the liver.

The Circadian rhythm is understood to play an important role in metabolic regulation. It has been demonstrated that the molecular basis of circadian rhythm lies in gene transcription and rhythmic DNA binding proteins that dynamically activate and suppress transcription like tiny molecular stopwatches. Therefore, it is understandable that the disruption of the biological clock has significant epigenetic consequences and may be linked to the downstream accumulation of lipids in the liver.9

In considerations of the findings by Jonscher et al. the liver has once again been explored as a site of metabolic lipid dysregulation in mice living aboard the ISS (International Space Station). A recent study by Beheshti et al. (Sci. Rep. 2019, 9 (1), 19195. https://doi.org/10.1038/s41598-019-55869-2) expands on a prior study involving liver lipid metabolism in ISS resident mice by identifying differential gene and protein expression in harvested liver tissues.1 In their exploration, the authors identify metabolic dysregulation typically associated with pathologies such as nonalcoholic steatohepatitis, liver fibrosis, and nonalcoholic fatty liver disease through omics analysis.1,6  Omics are an extremely powerful approach to understanding the relationships between biochemical cause and physiological effect. In their approach, the authors use transcriptomic and proteomic analysis as a means of monitoring metabolic pathway regulation in mice, so that they may better understand the long-term detriments of extended spaceflight in Humans to be better prepared for future efforts to explore the far reaches of space.1

Transcriptomics and proteomics are two similar tactics that inform on two entirely different aspects of a systems biology. While transcriptomics speaks to the “motivations” of the cell, that is, what is the cell being told to do by environmental stimuli, proteomics speaks to the capabilities of the cell, that is, what functions can the cell perform given certain conditions. The key difference between these two approaches is that the transcriptome is not necessarily predictive of the proteome, just as the genome is not descriptive of the transcriptome. Each layer has a plethora of regulation and profiling the individual layers allow us to better understand the biology of these highly regulated systems. Being that this research was done by NASA, a well funder national organization, and the fact that this research required the sending of mice to space; an extremely costly effort, the authors were not selective in which genes and proteins they chose to profile and therefore assayed several thousand regardless of their involvement in previous literature.

In their transcriptomics analysis, the authors used RNA-seq combined with Gene Set Enrichment Analysis to determine the activity of a variety of metabolic pathways in the liver based on the amount of RNA recoverable from processed liver tissue. Across three experimental groups, from various orbital missions, the authors found that pathways responsible for lipid localization, lipid catabolism, fatty acid metabolism, and circadian rhythm maintenance were all upregulated in space flight mice, with z-scores representative of two standard deviations outside of mean values.1 Two particular pathways of interest, the GCG (Glucagon production pathway) and INS (insulin production pathway) were observed to be down-regulated and up-regulated respectively, which could signal for a low energy state in the liver. The authors argue, that despite these pathways typically having greater involvement in the pancreas, that the dysregulation observed in their transcriptomic analysis has been previously associated with non-alcoholic fatty liver disease due to the accumulation of lipids in the liver.1

In their analysis of the liver proteome, the authors found significant downregulation of Apolipoproteins such as ApoC1, ApoA2, and ApoA5, proteins commonly associated with lipid transport and cellular internalization of lipids.1 Analysis of their proteomic data in the gene ontology database revealed associations with lipid, sterol, and cholesterol metabolism. The authors use the proteomic data to further support that (PPARα) signaling is involved in lipid disruptions, as the aforementioned proteins are directly linked to (PPARα) metabolism.1

These two main experiments, taken together, suggest the involvement of key regulatory proteins and differential gene transcription in the disruptions observed in the liver. The up-regulation of metabolic clock genes, in association with the up-regulation of lipid metabolism pathways taken in light with knowledge that metabolism is intrinsically tied to circadian rhythm, suggests that restoration of normal circadian rhythm will restore the liver to its natural metabolic state. In the future, the authors should seek to isolate their variables and perform their experiments in an environment that produces a 90-minute circadian rhythm, such as that on the ISS, but does not possess attributes such as microgravity. The authors must also profile their proteome and transcriptome data to identify which proteins of the CLOCK and BMAL1 pathways are specifically disrupted. These efforts would allow the authors to isolate disruptions of the circadian clock as the causal agent of lipid accumulation in the liver and would aid them in developing a drug treatment that restores proper metabolic function as well as eliminates all circadian derived metabolic disruptions at their roots. This work would be salient in maintaining the health of astronauts on long expositions to space as we move forward as a society bent on colonizing far off worlds.